see below for next talk:

MBL History Project: Then, now, and the Future

Drawing embryos together: Seeing the embryology of Crepidula

The first thirty years: The Endocrine disruptor concept  in embryo

This policy was approved by the WHOI Educational Assembly on 10/12/2016.

The policy provides a tool for WHOI to preserve the works of its authors in the Woods Hole community institutional repository, (known as WHOAS.)

The OA policy tool makes that work openly accessible to anyone who seeks it.

This policy applies to all WHOI employees and registered students.

Join the conversation, Thursday, June 8, at 12:15PM in the Smith Conference Room.

Below, architect and driving force behind the adoption of the WHOI Open Access Policy,Dr. Cara Manning. A reference question at the WHOI Data Library and Archives led to the discovery of a previously unidentified photograph of Gregorio Fuentes, the first mate of Ernest Hemingway's yacht, El Pilar, and the person many  consider to be the inspiration for Santiago, the title character in Hemingway's The Old Man and the Sea. In 1938, the Atlantis, with chief scientist William Schroeder, took a three month cruise (cruise 74) to collect fish in the waters around Cuba. The cruise also included University of Havana biologist Luis Howell-Rivero who, in addition to the regular crew of the Atlantis, brought several of his own assistants on board. One of those assistants was Fuentes, who worked at the time as a fisherman in Cojimar, Cuba and would have had knowledge about good areas to collect fish.

Besides the picture, showing Fuentes on the deck of the Atlantis with a fishing net stretched out in the foreground, other evidence of Fuentes' time on the Atlantis was found in a mention in the journal of Atlantis first mate, Thomas Kelley, and in a letter from the Master of the Atlantis, Fred. S. McMurray to Henry Bigelow, "Have had a lot of torn nets, lost completely one or two, but our fisherman Fuentes is very capable in mending."

Michael Mizell Public History Lecture: Was Lysenko Right after All

Lecture by Loren R. Graham, Professor Emeritus of the History of Science in the Program in Science, Technology and Society at the Massachusetts Institute of Technology.

He received his Ph.D. from Columbia University, and a Doctor of Letters (honoris causa) from Purdue University in 1986. Professor Graham specializes in the history of science and the study of contemporary science and technology in Russia. 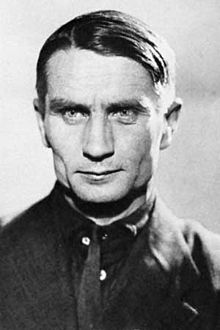 Reception to follow talk in the Grass Reading Room

The Michael Mizell Public History Lecture is held in memory of Michael Mizell-Nelson, associate professor of history at the University of New Orleans. Professor Mizell was a leader in the application of digital technologies to study public history.  His projects included the Hurricane Digital Memory Bank, “Streetcar Stories," the histories of the New Orleans streetcar system, the po-boy sandwich, and the Russian cake. Professor Mizell, son of long-time MBL scientist Merle Mizell, died of cancer in 2014. At the time of his passing he had begun collaboration with the History of MBL Project on the history of the leper colony on nearby Penikese Island and its connection to the federal leper hospital in Carville, Louisiana.

The doctrine of the Inheritance of Acquired Characteristics is a very old one, dating back to Hippocrates and Aristotle.  This viewpoint, often later called Lamarckism, fell out of favor among many biologists in the late nineteenth and early twentieth centuries, under assault by such scientists as August Weismann, William Bateson, and Thomas Hunt Morgan. However, in some countries, including Russia, it remained popular.

In 1923 the famous Russian physiologist Ivan Pavlov came to Woods Hole and gave a speech in which he defended the Inheritance of Acquired Characteristics.  Thomas Hunt Morgan was in the audience and sharply disagreed with Pavlov.  In later years in Russia the notorious agronomist Trofim Lysenko also supported the Inheritance of Acquired Characteristics. Now, with the rise of epigenetics, we have learned that in some instances acquired characteristics can be inherited.   Furthermore, there is at the present time a resurgence of Lysenkoism in Russia based, In part, on epigenetics.  Does that mean that Lysenko was right after all? 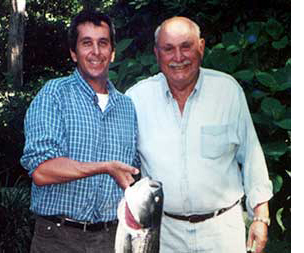 Beatrice Steinert of Brown University recreated the workflows of MBL scientist Edwin Conklin to draw developing cells as he did. UN General Assembly President Peter Thomson of Fiji and WHOI Director Mark Abbott held a press briefing on April 7th in the LOSOS Laboratory to promote the importance of the upcoming UN Ocean Conference in June. Noted WHOI figure, Mary Sears chaired and helped organize the First International Congress on Oceanography back in 1959.